Home//News Room//Love it or hate it, coriander is a significant ingredient in our culinary heritage

Love it or hate it, coriander is a significant ingredient in our culinary heritage

Biting into a whole coriander seed when traveling abroad can transport one home to South Africa just as quickly as the aroma of a recently lit braai. The bitter-sweet, orange-like flavour released by the crushed seed will most likely conjure up memories of biltong, boerewors, or your mothers’ curry blends or mixed masalas.
It is one of the distinctive South African tastes in the rainbow of flavours that comprise our fascinating culinary heritage.

Most parts of this annual plant, that is both herb and spice are edible. But it is the “seed” (in fact the fruit of the plant) that has found its home in South African charcuterie and curry blends. The leaves, locally often referred to by its Indian name – dhania, is added towards the end of our hot Durban, or sweeter Malay curries. Unlike some Asian cuisines, we do not seem 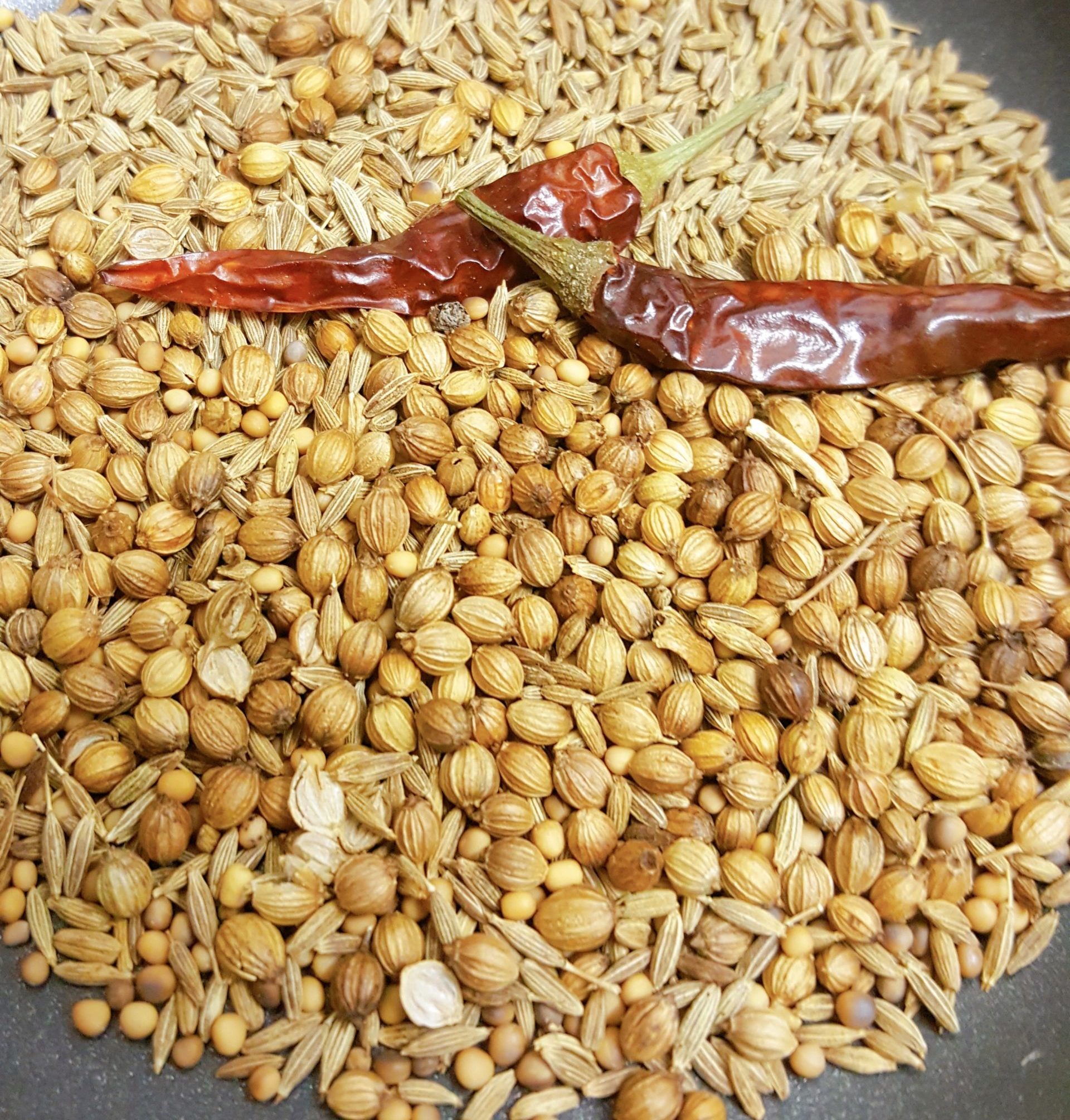 to care much for the coriander root.

Whilst both the herb and the spice seem at home in South Africa, like most spices, it did not originate here. Dr. Stuard Farrimond writes in The Science of Spice that an 8000 year-old discovery of a stockpile of coriander in the Nahal Hemar cave in Israel, as well as evidence from Egyptian tombs are strong indicators that the spice as commercial crop originated in the Near East.

This ancient spice, according to Farrimond, travelled to India via Persia 2000 years ago, “and four centuries later evidence points to its widespread use from China to Anglo-Saxon Britain.” The early European settlers took the spice to North America, and also to South Africa, according to Hester Claassens’ Die Geskiedenis van Boerekos 1652-1806 (The History of Boerekos 1652-1806).

Claassens’ PhD study into South African boerekos, published in 2006 by Protea publishers, has often been regarded as controversial for her conclusion that European settlers rather than Malay slaves introduced spices to the Cape of Storms. Claassens defends her conclusion with research “often ignored before by food writers” – the use of spices in Dutch cuisine, prior to their arrival in Africa. 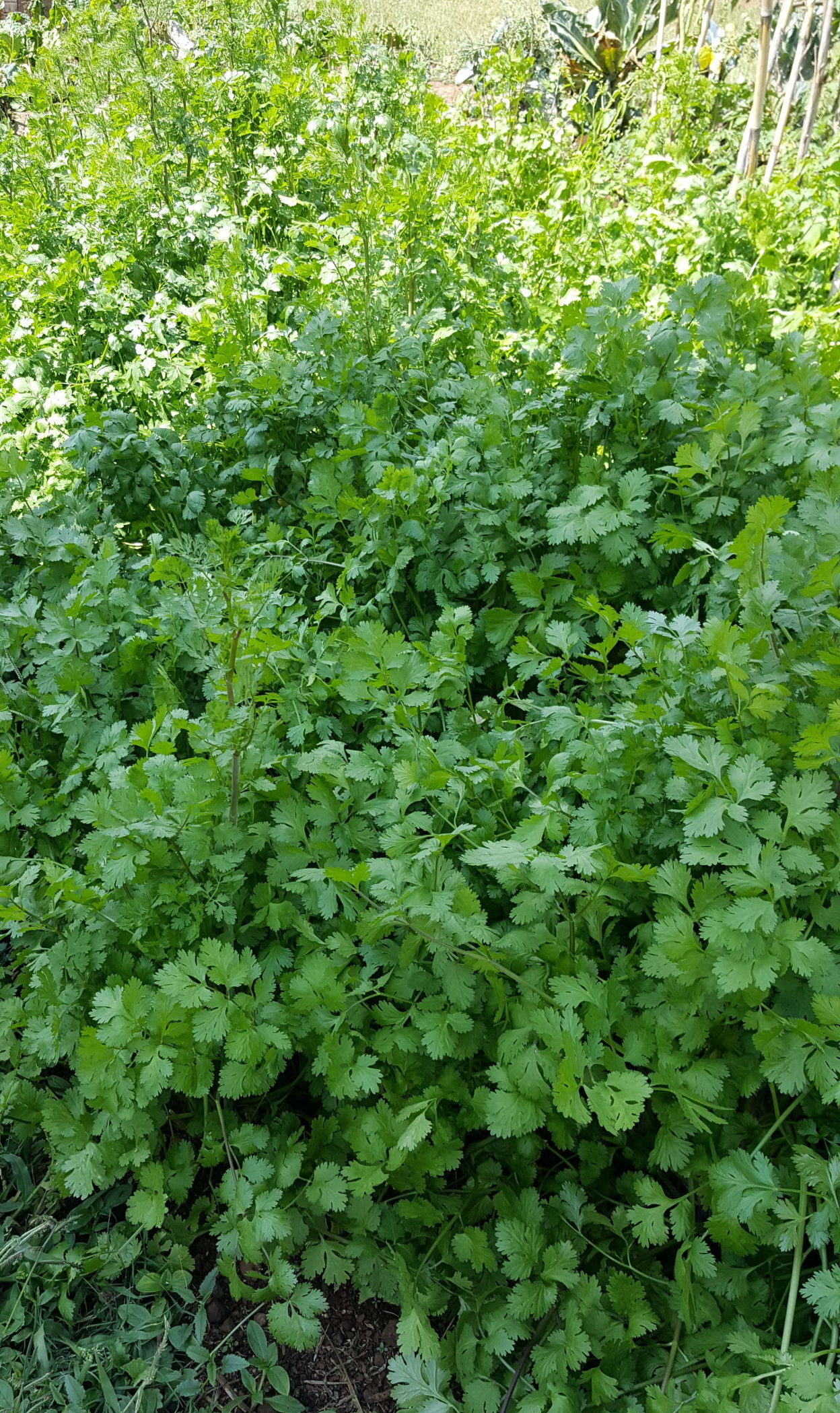 Cilantro or Chinese Parsley as it is also known, undoubtedly also made the journey with Indian indentured workers who arrived in Natal from 1860 to work in sugar plantations, but, as Claassens claims, it is most likely that the first coriander arrived in South Africa via Europe with the Dutch settlers. The strongest supporting argument is perhaps Bill Laws explanation in Fifty Plants that Changed the Course of History that the Romans were already adding coriander to their meat preserves in ancient times.
Apart from a common addition to meat preserves, coriander also made its way into Dutch baking, as the preferred flavouring in the biscuit krakelinge during the time of Jan Van Riebeek. Coriander was later replaced with aniseed, writes Claassens. She also refers to a 1770 curry blend recipe used in the Cape that required coriander and refers to lady Anne Barnard who in 1797 mentioned the addition of coriander to the popular fish dish, smoorsnoek. Whilst the coriander has disappeared from contemporary smoorsnoek recipes, the spice combined with cumin and turmeric is still the base for most Cape Malay curries.
In Indian Delights, a South African-Indian cookbook published since 1961 by the Women’s Cultural Group Durban, “dhunia” leaves are also noted to be an important ingredient in some chutneys, but it is coriander seed used in combination with cumin, (two parts coriander to one part cumin) that seems most important in South African Indian cuisine.

Back in Europe, writes Farrimond, coriander has fallen out of favour and its use is mainly limited to gin distillation and beer brewing in Belgium. It is also found as flavouring in rye breads, but it seems that the ancient pairing with meat has been best preserved in South African biltong, boerewors and even in Afrikaans cultural songs and expressions.

The word coriander is derived from the Greek name koriandron, referring to the bedbug (koris). Explaining this connection Ben-Erik van Wyk writes in Culinary Herbs and Spices of the World that the flavour compound decenal, which is found in coriander leaves, is also present in the emissions of several species of stinkbugs and other insects. Not surprising then that those who dislike the green herbs often compares its smell to mould or bugs and its taste to soap. Those who do like it in contrast appreciate the citrusy and grassy tones.

“So, who is correct? What does coriander really taste like?” asks prof. Charles Spence in his book Gastrophysics. It turns out, both sides are correct and that the way we experience coriander boils down to genetics. “The prevalence of genetic differences in the world of taste/flavour perception varies by region and culture,” says Spence, who later explains that that most of us – 80% or more “are likers” rather than haters of coriander.

To add more complexity to our appreciation of this member of the Apiaceae family, the leaves and seeds are chemically quite different, making it quite possible for us to like the fruit, commonly referred to as the ‘seed’, but dislike the leaves. Perhaps an explanation for the notable absence of coriander leaves in boerekos culture. 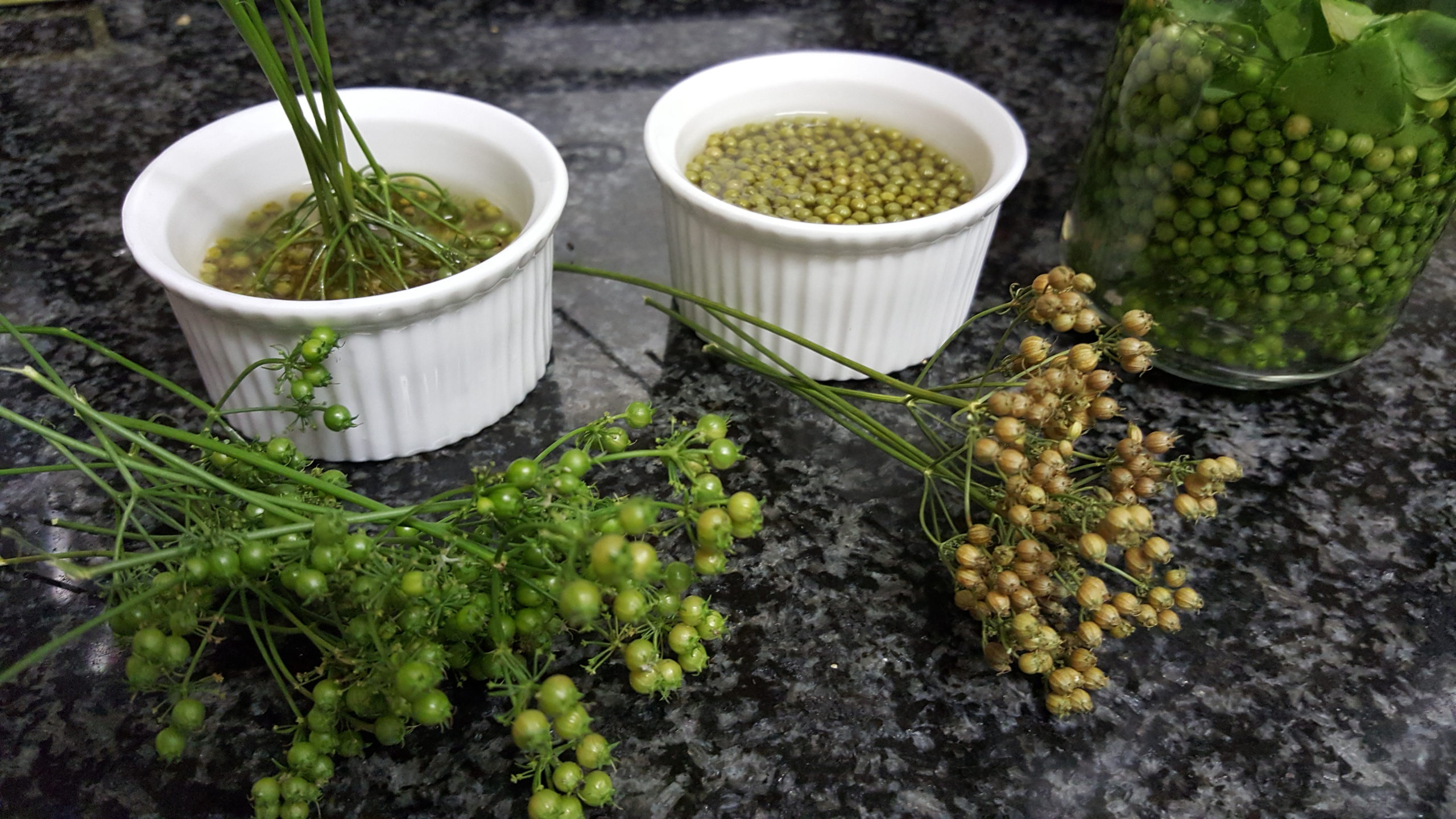 Coriander is not only valued for its culinary uses, but also its medicinal properties. Since Greek and Roman times coriander was believed to have healing properties related to the digestive system, and it was famed for its ability to counter flatulence, writes Laws. During the Middle Ages, the spice was thought so powerful that it could induce pregnancy, making it common for a woman desperate to conceive to tie the seeds to her inner thigh. Claassens writes that in the Cape ground coriander seeds, steeped in water, was a common treatment for jaundice until the twentieth century.

In Volksgeneeskuns in Suid-Afrika, a substantial collection of traditional remedies in Afrikaner culture (Boererate) compiled as a report in 1965 by the Academy for Science and Art, the remedy for jaundice is confirmed and it makes a further 29 references to the healing powers of coriander. From a remedy to treat asthma, heart health, and eyesight to remedies to stop bleeding, it is clear that not only the culinary heritage of coriander has been preserved in Afrikaner culture, but also the medicinal.

When the Prue Leith garden produced a bumper crop of coriander last summer, we were challenged with the amount of coriander seeds it gifted us with. Eager to preserve (other than the usual drying) we experimented and fell in love with the fermented green seeds, that is now served with octopus on the spring menu. Hoping for a similar crop this summer, we might however consider our medicinal heritage and follow this Boereraat for good eyesight! “A paste of green coriander seed finely crushed with breastmilk. Also add the gall of a rabbit.”